Is your internal monologue a cause for concern?

Last weekend, I was chatting with family, when my nephew mentioned a post he’d seen on Twitter that had sparked a lot of debate.

The gist was that not everyone has an internal monologue running inside their head. Some people have never ever experienced a little internal voice telling them what to do next or verbalising their thoughts. They just think in abstract non-verbal thoughts. They see pictures and don’t sound out words.

So Kyle presented two simple categories for you to place yourself into. Either you were a person who lived with an internal monologue running in your brain or you didn’t. And whichever camp you found yourself in, you were unaware of the other.

It reminded me of this image that went viral back in 2015. Remember this dress?

The dress image sparked so much discussion because you automatically assume everyone sees the same colours you do. When you find out they don’t, you want to why.

Back to the Kyle and the internal monologue. My sister said she thought she knew which category I was in. But it had been a genuine revelation that her daughter and her daughter-in-law were in the other category.

She asked me whether I had a voice in my head all the time and I said I used to, but I don’t anymore. Sometimes, but not all the time. But this isn’t what interested me.

As someone who did used to have that voice in my head, but has learned to quieten it down, I was interested in two ideas:

Regarding the first point that some people never had an internal monologue, I just didn’t buy it.

Regarding the second, and the voice’s relationship to mental health, in my experience the voice hadn’t been a positive influence, hence why I learned to quieten it.

Let’s look at the two ideas in more detail.

Are there some people who never have an internal monologue?

My assumption is that as an adult living in a literate or verbal culture, I presume everyone who can speak or read would have to think in words at least some time? I mean, how would we think about expressing ourselves verbally and communicating in words with others if we didn’t?

Sure, we all visualise some things to some extent. A sunny afternoon on the beach with an ice cream, the house you grew up in, or a pyramid. But if you have to prepare for an important job interview, or I ask you to pronounce a word you’ve never seen or heard before, you will need to verbalise this internally wouldn’t you?

Here is one such word.

But the point of the Twitter post was that I wouldn’t be able to see it from the other (non internal monologue) point of view. So I had a look for any scientific evidence to back up Kyle’s claim.

I came to some original research via an article from IFLScience. It referenced an article from Psychology Today in which the author, Russell T. Hurlburt, reported on a research study he had undertaken in 2011.

His research evidence was flimsy. A small sample of 30 students were provided with beepers and paged at certain times of the day to ask them whether they were experiencing an inner monologue at that moment in time.

Because some of the cohort reported an absence of inner monologue when beeped, Hurlburt concluded that some people never experience an interior monologue.

I would need to have a look at Hurlburt’s book to see if he’s done any more in-depth studies:

But in the meantime I looked in some standard psychology textbooks to see what they had to say about the existence of inner monologues.

Thoughts and your internal monologue

Are internal monologues and our thoughts the same thing? The answer is sometimes.

We definitely think in words some of the time. It’s what psychologists call symbolic thought. They generally agree on two other types of thinking:

Steve Taylor, a psychologist at Leeds Beckett, distinguishes between active thinking and what he calls ‘thought chatter’. Thought chatter is his term for your internal monologue running in the background. In CBT terms they call this ticker tape. 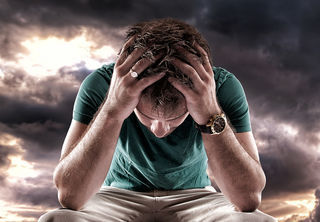 So let’s look at the relationship between your internal monologue and your mental health.

Internal monologues and your mental health

You may have experienced thoughts in your head that won’t stop and keep you awake at night. It used to happen to me a lot. My ex-wife used to say ‘you think too much.’ Thinking wasn’t really the problem, it was that my thoughts were often of an anxious nature. They spiralled out of control at night when left with my own thoughts without something to quieten them down. Typically that something was alcohol.

I’ll talk about some better ways to quieten the inner voice at the end of the article. But for now, bear with me.

As well as the timing and the frequency, there’s also the type of words that your inner voice expresses. Supportive, confidence-boosting words are typically not a problem. But when your inner voice becomes your inner critic, then you can become depressed and even come to loathe yourself.

Also, a voice that talks in absolutes such as ‘must’, ‘have to’, ‘always’, etc. is a harsh inner that can set you up for failure.

You are not your thoughts, but it’s hard to divorce yourself from them.

I wonder if the people that say they don’t have an inner monologue, are just not aware of it. Why would you be if the voice wasn’t troublesome?

One way you can become aware of all the thoughts passing through your mind is by practising mindfulness or meditation. It can afford you a greater awareness of your inner monologue (which may or may not be beneficial) and allow you to separate yourself from your thoughts.

The app headspace has become a popular way of practising mindfulness and observing your thoughts without judgement. You don’t need an app or a book though. You can be mindful and meditative when carrying out everyday activities like washing up, doing the ironing or going for a walk. Concentrate your thoughts on the activity in question and activate all your senses so you are truly in the moment. Observe your mind wandering when a thought occurs that is outside of the moment. Don’t judge, just acknowledge the thought and then return your concentration back to what you are doing.

So give mindfulness or meditation a go if you want to tune in to your internal monologue. But if it makes you more stressed rather than relaxed, or you’d rather not hear what those voices are saying, remember mindfulness is not compulsory.

Mindfulness and meditation can sometimes suggest that we are the problem, and this not always the case. Your mental health is made up your brain and your mind, but it is also massively influenced by environmental factors. The biopsychosocial model is a useful way of thinking about the many factors involved in your mental health and how they work together. We can use it to think of ways in which factors might combine to make your inner monologue louder, more frequent or more troublesome. It’s also a very useful tool for thinking of ways in which we can quieten it down.

A word of warning

Be warned though, for some people meditation and tuning in to the voices in your head could make things worse. In their book The Buddha Pill, Miguel Farias and Catherine Wikholm, take a more balanced look at the mindfulness industry. A Guardian article from 2016 told the story of Claire, who went on a mindfulness retreat and returned a nervous wreck.

If you need help with your inner voice

Anxiety is often accompanied by an inner monologue that is a stream of worries about the future. Seek medical support from a GP or other qualified professional if you need help with anxious or troubling thoughts. 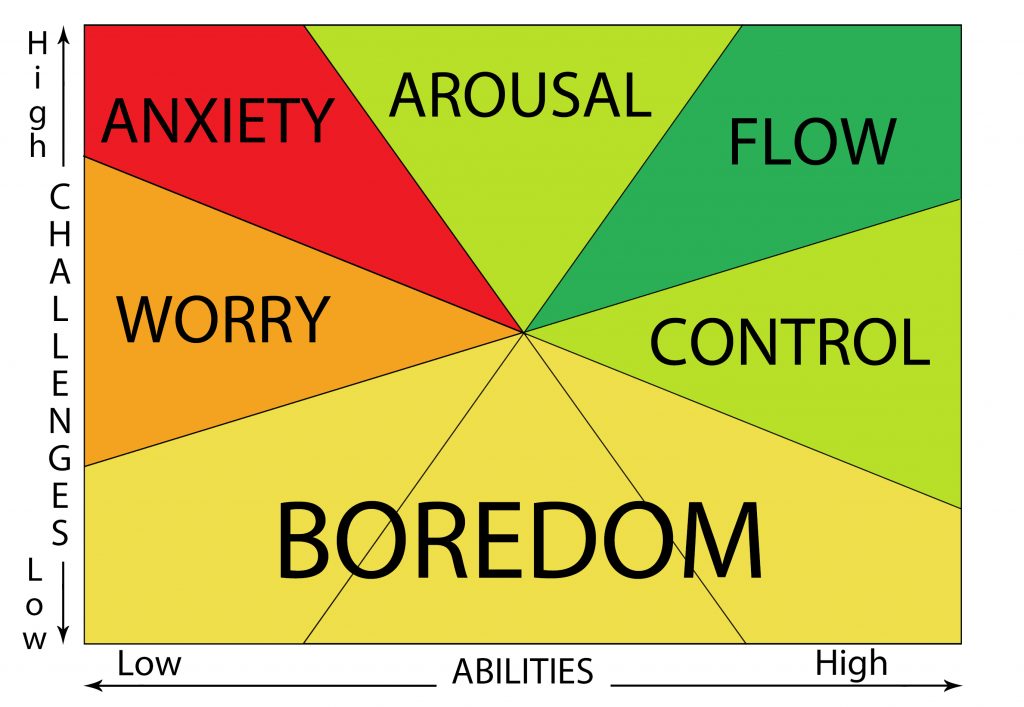 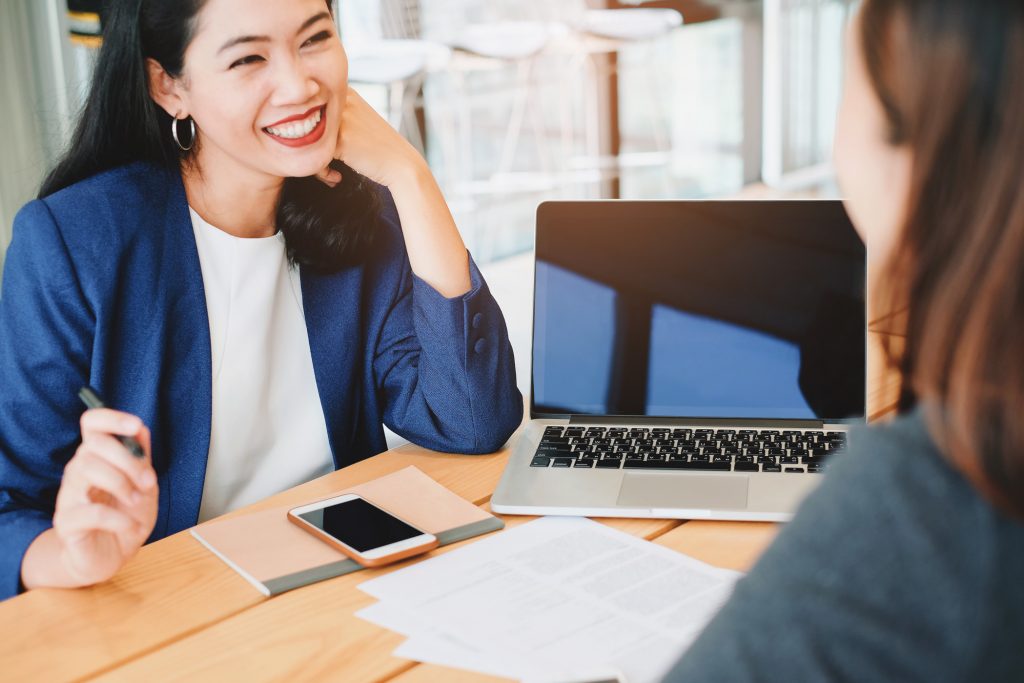 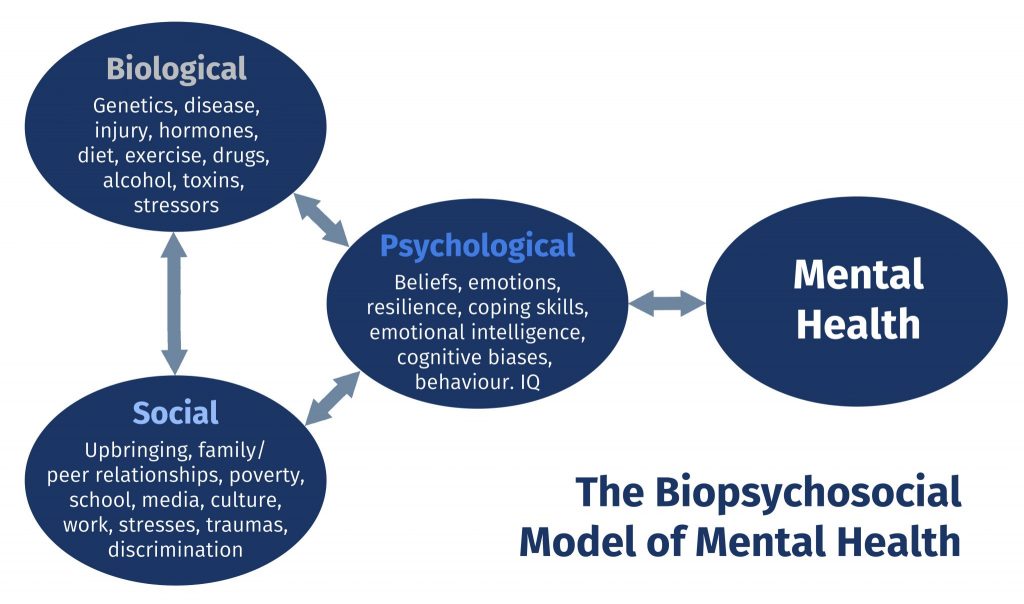 21st May 2020 Are self-help memes bad for our mental health? Read More